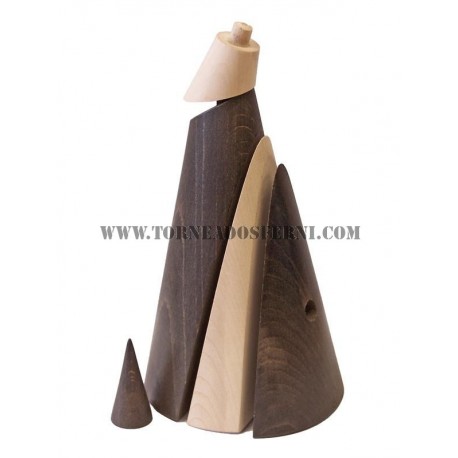 This product is no longer in stock

Notify me when available

Apollonius of Perga was a Greek mathematician who lived around 260 BC to 190 BC. One of his most important works, some passages of which still exist, and referred to what is called conic sections. His work is said to have influenced many later scholars such as Isaac Newton and Rene Descartes.

one of the four figures: a circle, ellipse, parabola or a hyperbola. It is believed that it was Apollonius who gave the last three forms of the names we use today.

Was formerly used in schools for children to learn about conic sections, but today is not common.

This beautiful cone of Apollonius is further divided into five parts, and shows the four forms that are created by different sections through the cone.

It would be an elegant piece anywhere, and is especially appreciated by mathematicians.

3 other products in the same category:

Orders placed during the month of August will be processed at the beginning of September. Sorry for the inconvenience.